They can also be classified in different ways. All the computers are designed by the qualified computer architectures that design these machines as their requirements.

A student carrying a laptop with him to his college is different in shape and size from all the computers mentioned above.

The largest in size, the most expensive in price than any other is classified and known as super computer. It can process trillions of instructions in seconds. This computer is not used as a PC in a home either by a student in a college.

Governments specifically use this type of computer for their different calculations and heavy jobs. Different industries also use this huge computer for designing their products.

In most of the Hollywood’s movies it is used for animation purposes. This kind of computer is also helpful for forecasting weather reports worldwide.

Another giant in computers after the super computer is Mainframe, which can also process millions of instruction per second and capable of accessing billions of data.

This computer is commonly used in big hospitals, air line reservations companies, and many other huge companies prefer mainframe because of its capability of retrieving data on a huge basis.

This is normally to expensive and out of reach from a salary-based person who wants a computer for his home.

This kind of computer can cost up to thousands of dollars.

This computer is next in line but less than less than mainframe in work and performance. These are the computers, which are mostly preferred by the small type of business personals, colleges, etc.

This is the computer mostly preferred by the home users. These computers are lesser in cost than the computers given above and also, small in size; they are also called PCs in short for Personal computers.

This computer is small in size and you can easily arrange it to fit in your single bedroom with its all accommodation. Today this is thought to be the most popular computer in all.

Having a small size and low weight the notebook is easy to carry to anywhere. A student can take it with him / her to his / her school in his / her bag with his / her book.

This is easy to carry around and preferred by students and business people to meet their assignments and other necessary tasks.

This is one of the unique articles posted weekly on http://www.computer-and-printer-reviews.com . 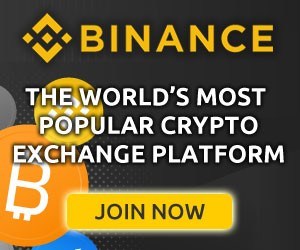